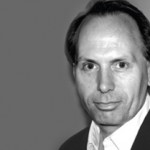 After success in the music industry across Europe (the man can compose), Simon directed and produced documentary films. Settling in New York, his talents soon led him to engagements with Shell, GM, ABC Sports, CNN, PBS Television, Boehringer Ingelheim Pharmaceuticals, NBC, JPMorgan Chase, UBS and Unilever. Prior to joining UrbanAdLab, Simon was Senior Partner at Lightbulb Communications, directing all music, film and video projects. Prior to that, he was EVP at Synergy Group, from 1995 to 2006, where he produced programming for PBS, Discovery, Canal Plus France and ITV Channel 4 in London.